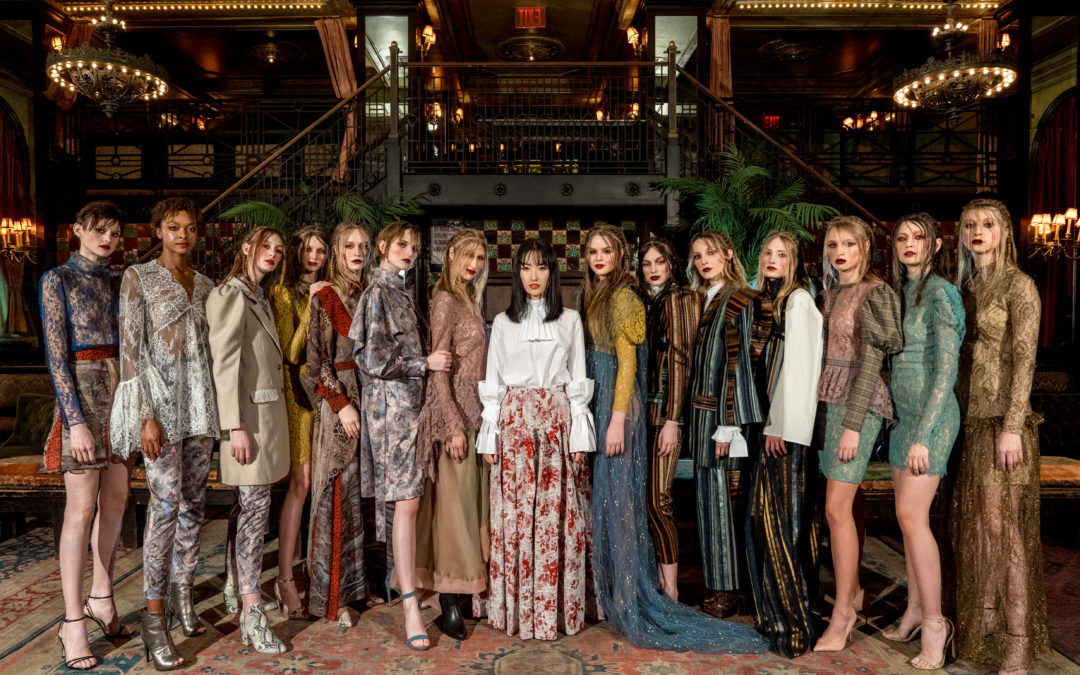 On Tuesday, February 13th the Sienna Li fall/winter 2019 collection “Polarity” was presented at the Jane Hotel. Inspired by the industrial shift at the end of the 20th century when women joined the workforce and men wore many plaid, wool, suiting, but women at the time had a polarity in wearing gowns with puffed sleeves as well as factory working women choosing a mixture of women’s and men’s clothing of the period. Many of her look had playful elements such as costume beads and buttons and rebellious mixed animal prints and whimsical lace details. 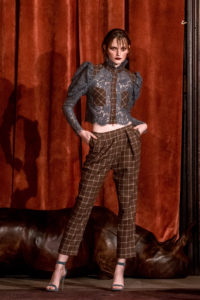 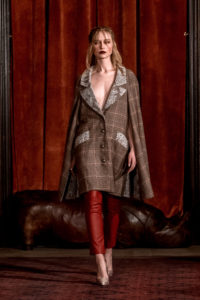 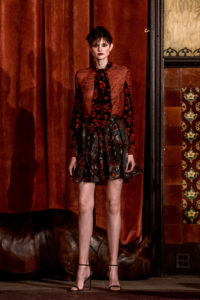 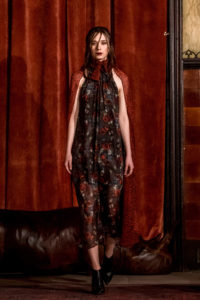 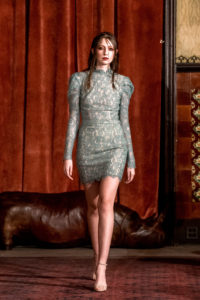 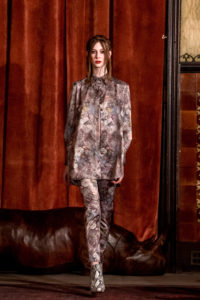 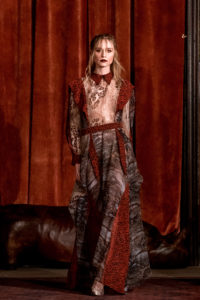 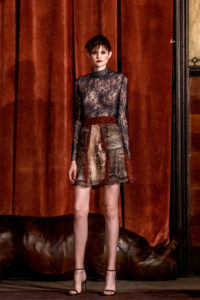 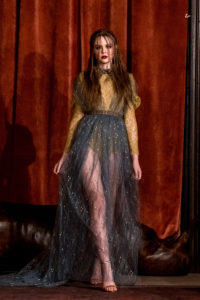 (All photos from Sienna Li)

Founded by designer Sienna Li, the SIENNA LI studio is located in the New York garment district and hires the most experienced seamstresses and pattern makers. Construction is perfected by unlimited fitting processes. Luxury fabrics are tailored into innovative designs with respect for the extremely detail-oriented craftsmanship. All of the clothing is produced in New York with the most exciting quality control.

Influenced by various cultures and art education, Sienna’s design philosophy thrives on her knowledge and experiences beyond fashion. She earned a bachelor’s degree in Chinese literature from China and a master’s degree in English literature from the UK. Her early pursuits in literature provides her with a sophisticated and creative perspective on art and fashion. The multicultural background also became a profound source of inspiration.

When interviewing creative talents while she was working as a journalist in London, she was inspired to pursue a career in the fashion industry. Trained in Central Saint Martins and enrolled in Parsons the New School of Design, she is proficient in design, patternmaking and manufacturing. She refined her expertise and business sense by working in Jason Wu and Johnathan Cohen’s studio.