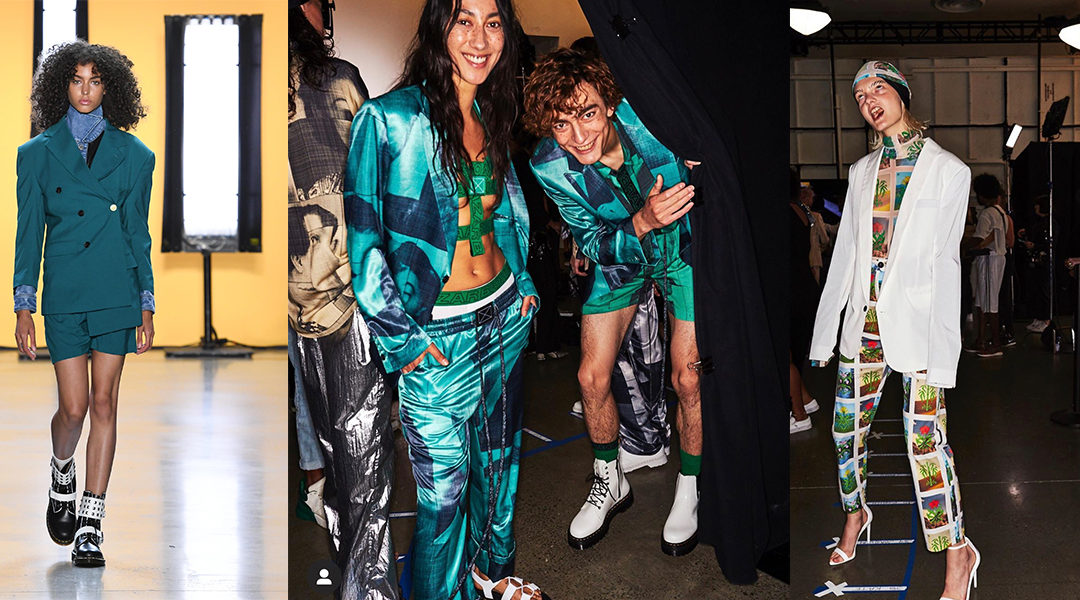 First of all, this show set the tone of badass from the start. Lights flashed behind each of the models as they began their strut down the catwalk to the song “Work It- Soulwax Remix” by Marie Davidson. I had never heard the song before the show, but now have it as one of my top go-to’s for some good motivation.

The vision of the recycled love concept is about objectifying yourself; the destruction of your ego just for the purpose of feeling; accepting the different roles and experiences in the performance of loving; the good and the bad reprocessed to generate a “new” you.

Hence, we see the body print made of a collage of various body parts; fake layering print is the idea of different skins; tie die made out of words are the things you lose in relationships; with a smattering of the heady touch of nude. The looks consisted of a mix of staple items such as blazers, skirts and shorts but with prints and cuts you wouldn’t be able to find in any regular retail store. The designs made a statement. A confident person who is aware of their journey and who they have become, but could care less about someone else’s opinion. They own it and rock each and every day.

In the late 1940s The New Look brought back the spirit of haute couture; emphasizing aesthetic over the function of the popular fashions of wartime. Similarly, formalwear led to the rise of streetwear in the 1990s, influenced by American sport and music culture. Contemporary fashion is known to gyrate between reaction and over compensation. It is this motion, driven by personal-style mavens and the industry at large, that often results in one particular directive and all follow suit. Streetwear has fulfilled its life cycle, reached its peak, and there is a need for a new narrative.

Many have been scoping the cultural underground for streetwear’s antithesis. While the big houses replicate with the rise of classical tailoring, Dirty Pineapple would like to offer a more nuanced narrative and navigate the extremes often followed by big fashion when reacting to a tectonic shift. They looked back to its roots, to the modern urbanites that have been their focus since inception, to offer a not so black and white story. One where attitude does not come from rigidity, where a suit does not necessarily need a tie, where class does not equal classicism – a new raw luxury experience. The odd and twisted visual vocabulary of Dirty Pineapple is a mix of color combinations, gender contrast and vintage styling.

Dirty Pineapple has established itself as a messenger of forward thinking. It is looking to be the author of its own story with fashion as the chosen medium. Each collection will speak to a new chapter.

Please see a few of my favorite looks below. Until next time. 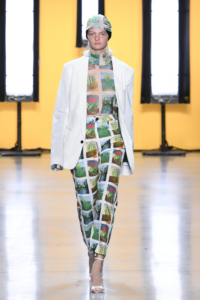 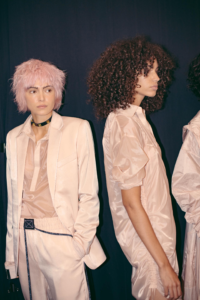 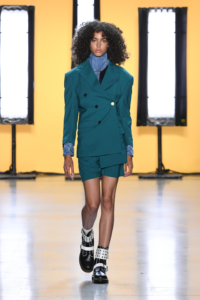 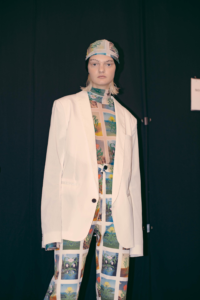 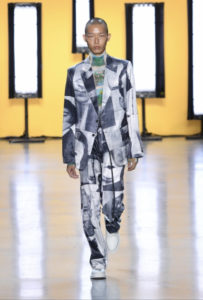 Make Up – Maria Livingood for AVEDA