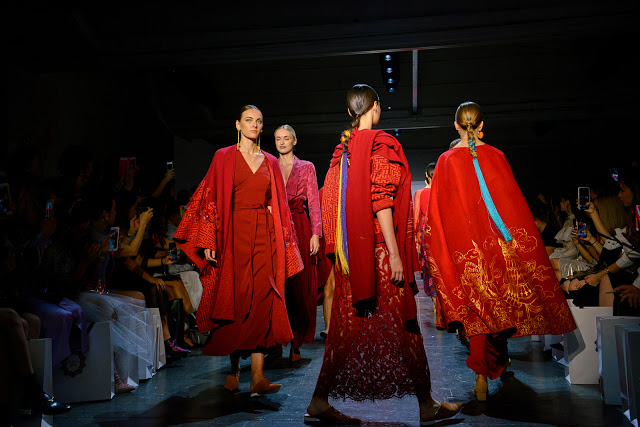 New York Fashion Week (NYFW) is always an event that leaves me feeling inspired. Something about seeing the colorful Spring and Summer collections for the next upcoming year creates an energy in me that is light and bright as we go into the current Fall and Winter season. The pleasant weather going from show to show is still warm making it enjoyable to stop and talk to other show-goers and fashion enthusiasts alike. We may have had a few rainy days, but that definitely didn’t stop the excitement.

One of the first shows I attended for the SS19 season was Lan Yu. It was my first time attending one of her shows and it was also one that I was really looking forward to. Designer, Lan Yu (whose brand is her namesake), did not disappoint and far exceeded my expectations.

Founded in 2005 when Yu was just a young design student, her brand has grown and is now headquartered in Beijing, China. While the label focuses on couture, she also designs ready-to-wear, wedding dresses, and fashion accessories. She has an impressive collection of accolades including “China’s Top Ten Designers” by China Designer Association and “Asia’s Most Influential Designer” at the Asian Fashion Awards. You can see why she was voted “Most Favored Designer by Superstars” by Cosmopolitan because celebrities can be seen in her designs around the world including Cannes, Venice, and Berlin film festivals, and also in LA, Hong Kong, Paris, and Australia where she has representatives respectively.

Paris and Nicky Hilton attended her show during NYFW along with their sister-in-law, Tessa Hilton, and were seen front row filming almost every special outfit that breezed down the runway. The show was a textured and beautiful representation of the designer’s taste and vision. Everything from the model’s long, colorful, ponytails made from thread and the Monet-inspired makeup created a juxtaposition that was delicate, yet striking. Every detail extended to each unique piece of clothing. Gorgeously beaded crisp white pieces flowed into eye-catching stripes and bold emerald, jewel tones, and powerful red designs all stealing the show in their own way.

After seeing this show I know one thing is for sure, if you don’t know of Lan Yu yet, you’re about to.
Stay tuned for more coverage on my favorite shows. 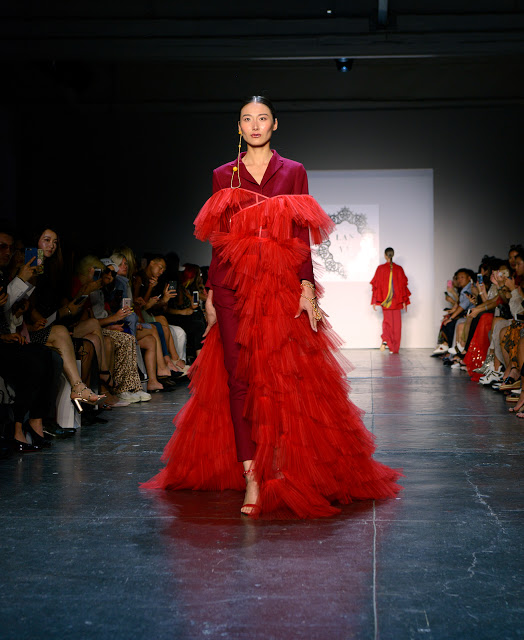 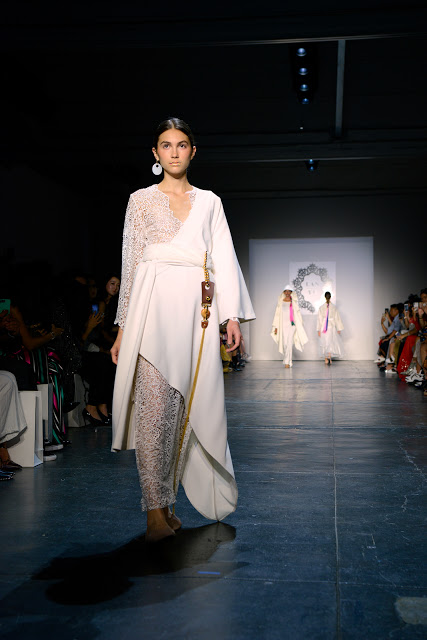 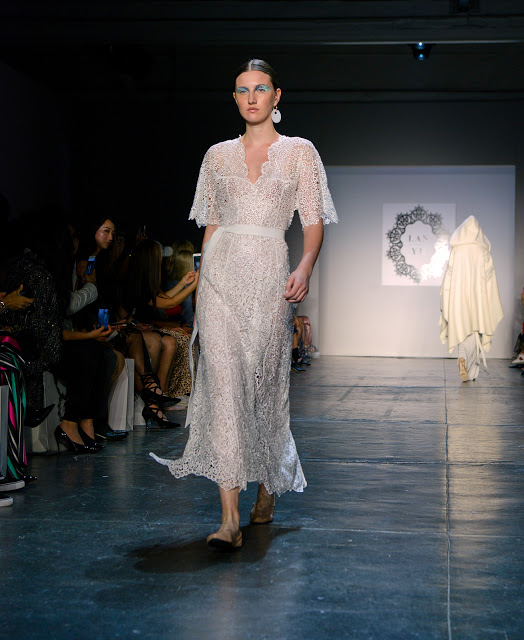 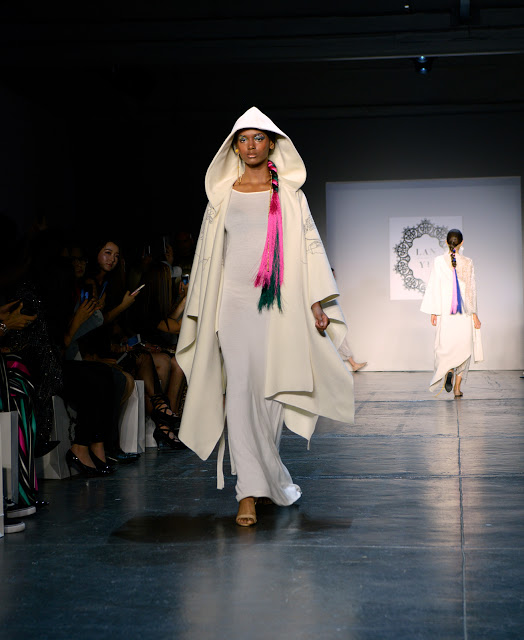 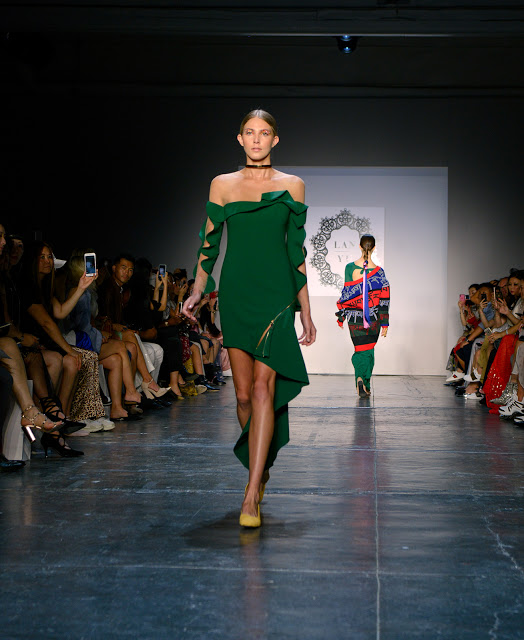 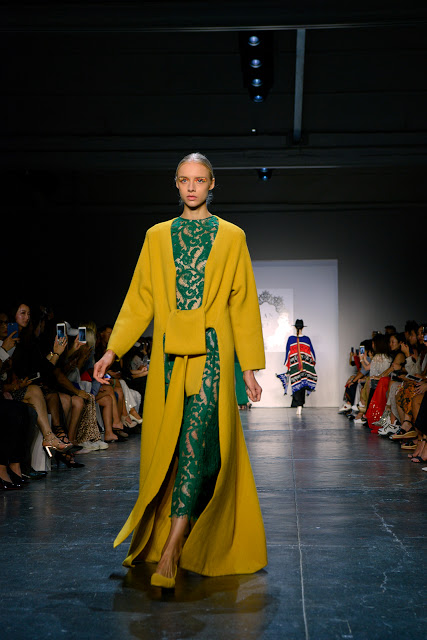 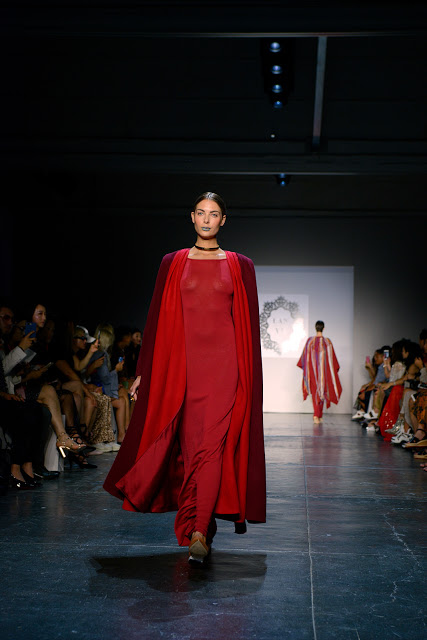 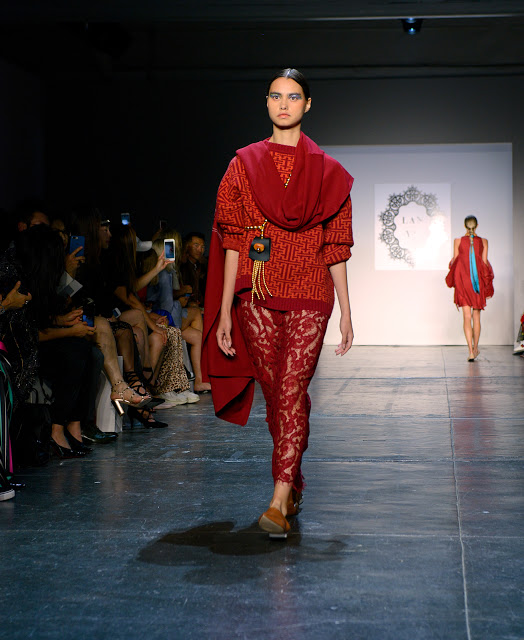 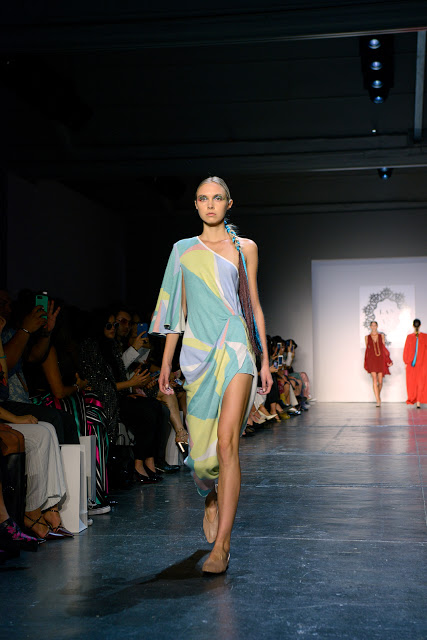 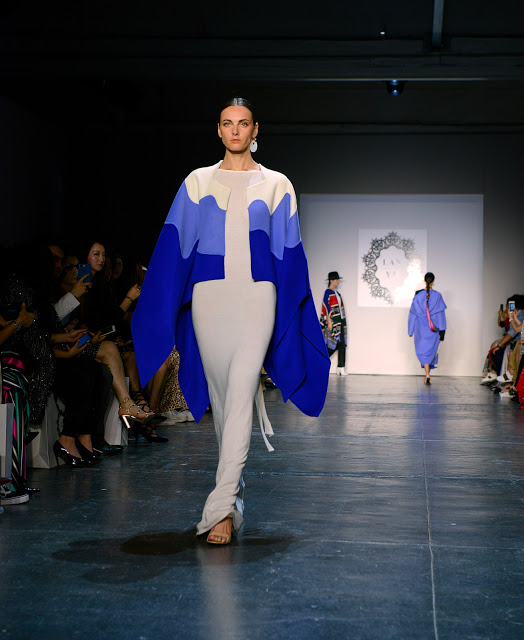 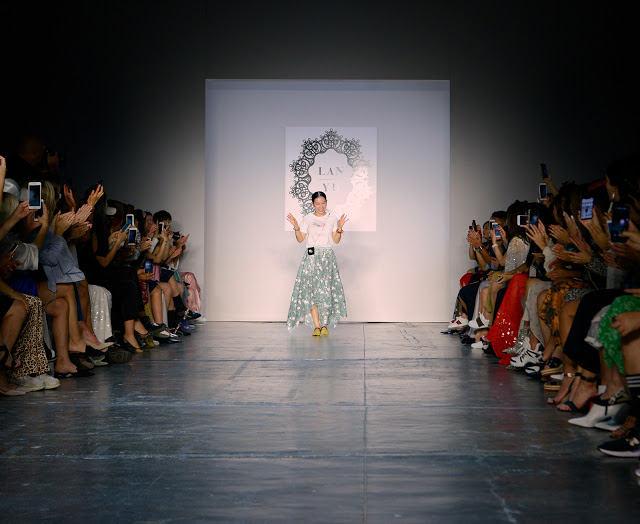